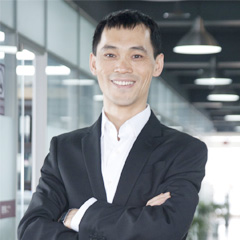 Michael Zhu
Michael is Lan-bridge’s founder and president. He has a diverse educational background, with a B.S. in Mechanical Engineering and an M.A. in Language & Culture. Michael has overseen the company as it has grown from just two staff in Chengdu to an international operation with over 360 team members. He recently finished studying an MBA with the Cheung Kong Graduate School of Business and is also on the board of the Translators Association of China 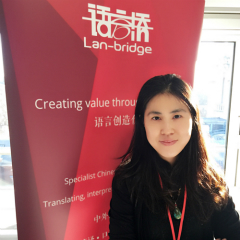 Li Hongyan
Hongyan is the director of the UK office and vice general manager of Lan-Bridge Group. She holds a BS and MS in Mechanical Engineering, a PhD in Planning and Optimization of Transportation, and an EU-China Managers Exchange and Training Programme (METP) certification. She previously worked for over ten years in the company’s Chengdu headquarters, and now she has now brought the extensive experience earned there to the UK office in London. 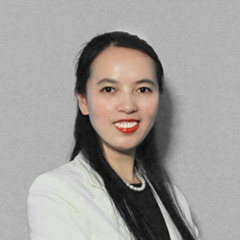 Laura is the company’s vice president and production manager and oversees all translation projects. She holds a B.A. from Sichuan International Studies University and she has been working at Lan-bridge since 2003. She is based in Chengdu. 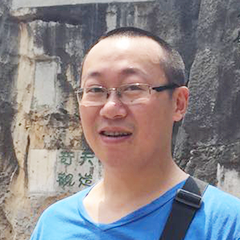 Shawn Lee
Shawn is Lan-bridge’s IT manager. He studied at Northeastern University and before joining Lan-bridge he worked at the Beijing headquarters of Advanced Systems Development Co., Ltd. Shawn is head of the team responsible for our project management system, terminology system, websites, online marketing, and all computers and servers at Lan-bridge. 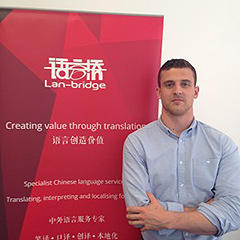 Kain Jagger
Kain is the Sales and Marketing Manager at Lan-bridge’s London office. He previously lived in Shanghai for over three years, and is currently working towards taking his HSK 6 exam in Mandarin. He holds a Masters Degree in English Literature from Bristol University. Yu Weibo (Web)
Web is Lan-bridge Group’s vice president and head of I.T. He holds an M.S in computer application technology from Southwest Jiaotong University. From 2004 until 2016 (when he joined Lan-bridge), he was engaged in research and development management at Huawei Technologies Co, Ltd. Sophie Ou Cui
Sophie is the Project Assistant at Lan-bridge’s London office. She has a background in customer service and international trade, which she developed over the course of 11 years of working in China before relocating to London. She speaks Mandarin, Cantonese, and English. Siqi is the general manager of Lan-bridge UK office. She holds a MSC in Gender from London School of Economics and a BA in International Communications from the University of Nottingham. Siqi worked in the Lan-bridge Headquarter in Chengdu for four years and has been familiarised with the Chinese business mindset and the corporate mechanism of Lan-bridge. Now she brought her cross-cultural background and experiences into the UK office.